The hinterland of Rimini hides lovely fascinating jewels which are worth a visit during your vacation. In fact, it hosts typical medieval hamlets which maintain intact the same former charm, where it is possible to taste outstanding unique typical products of the surrounding area. Some of the main villages of the hinterland, which may be easily reached from the hotel, are listed below; even though we would be glad to suggest a tailor-made itinerary once you are here. 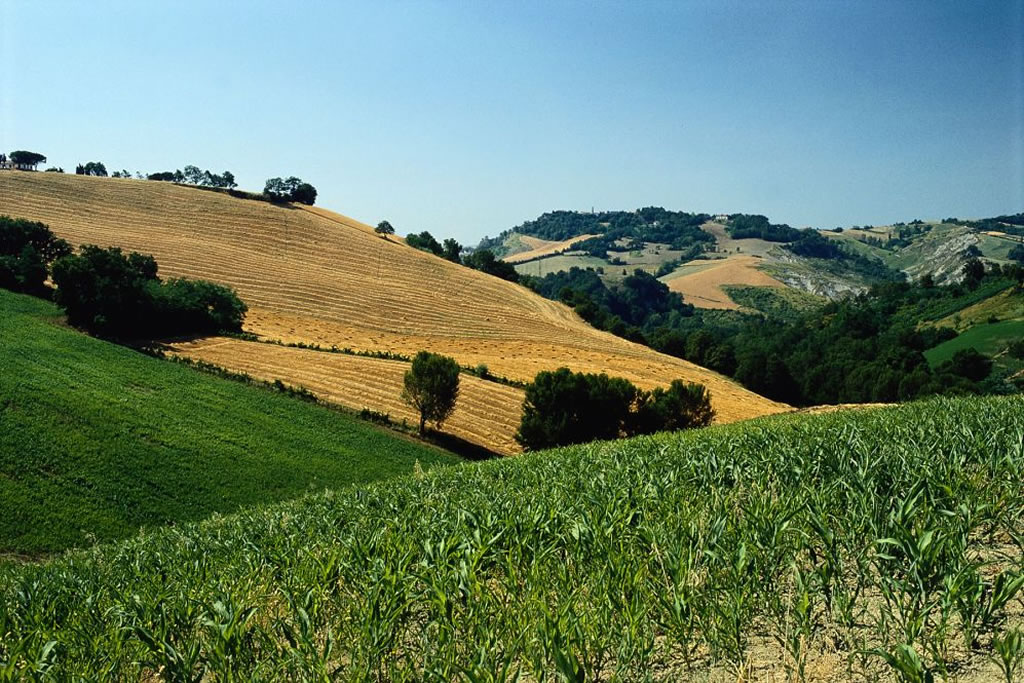 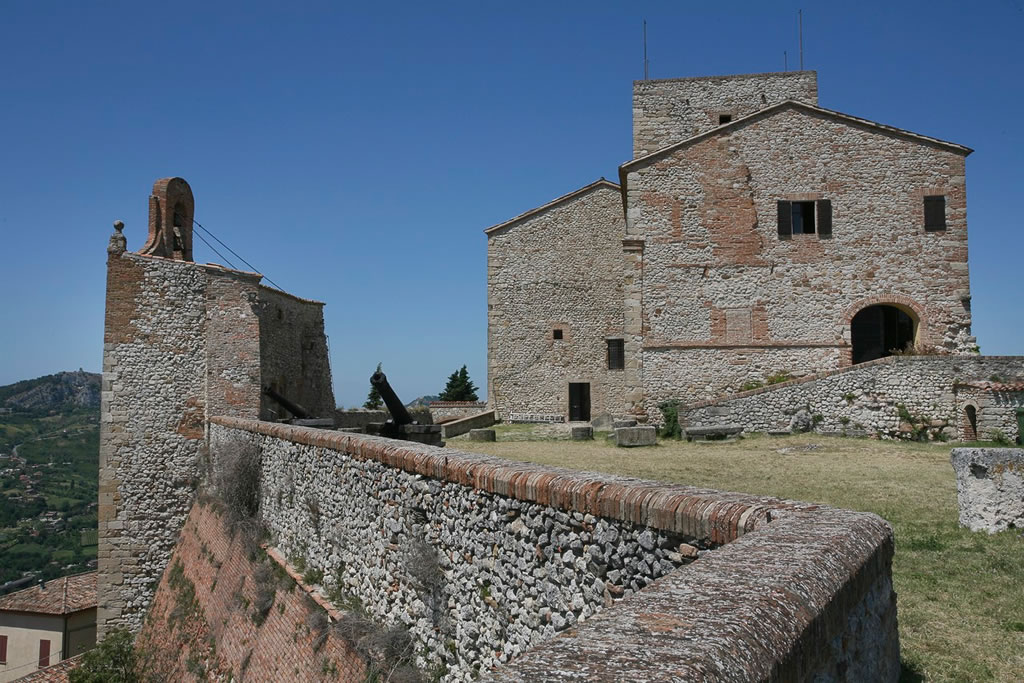 This city is steeped in history, dating back to about 3.000 years ago and it owes its historical wealth especially to its strategic position. In fact, it was built on a hill which overlooks and dominates the whole Valmarecchia valley. The Museo Civico Archeologico hosts interesting finds such as jewels made of gold or amber that can now be admired thank to archeological excavations carried out at the end of the IX century.

This picturesque city has been included in the list of the most beautiful hamlets in Italy and it has gained the Bandiera Arancione, a certification of quality and beauty assessed by the Italian Touring Club. It lies on a majestic rock on the Valmarecchia valley and not only was it the theater of important military and historical events, but it also hosts plenty of outstanding works of art. The city was originally called Monte Feltro after a Roman settlement which was located nearby the Jupiter temple. 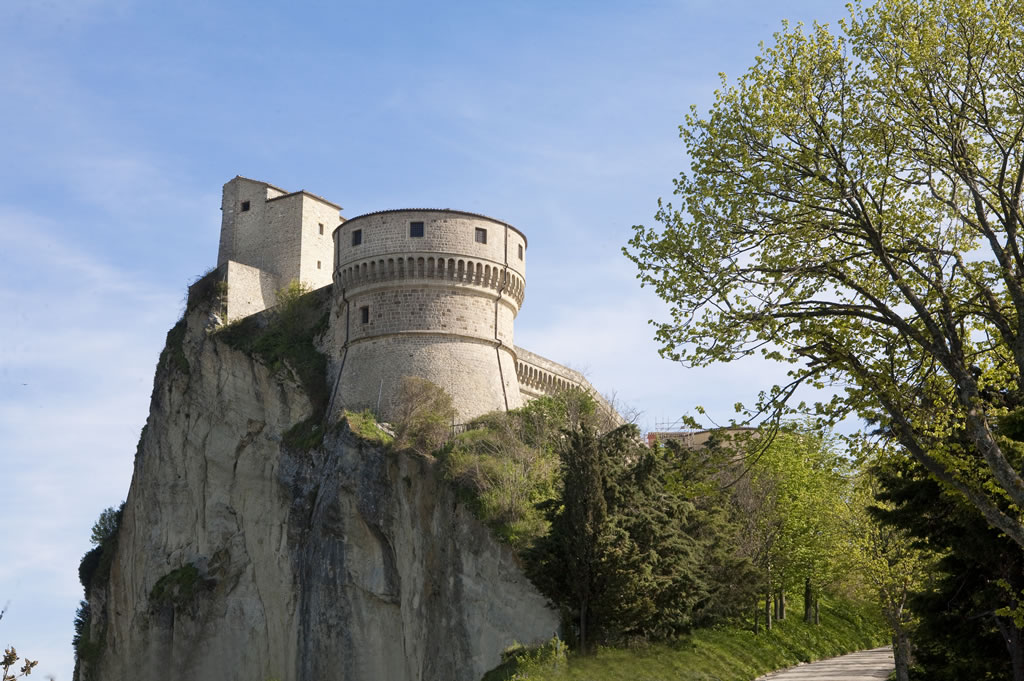 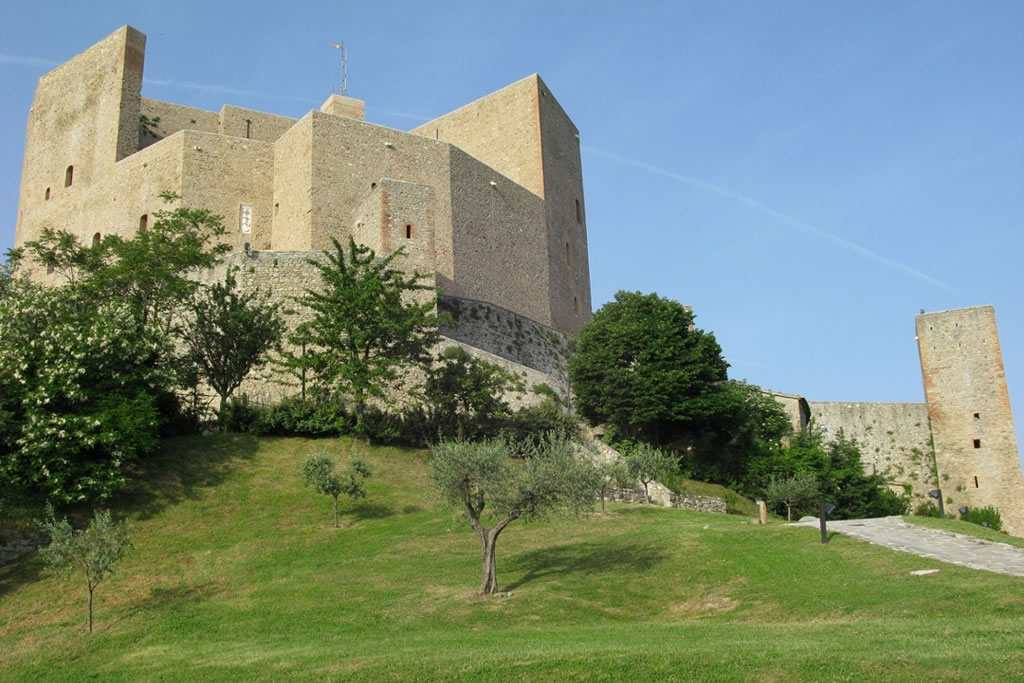 Montefiore has been included in the list of the most beautiful hamlets in Italy and it has gained the Bandiera Arancione, a certification of quality and beauty assessed by the Italian Touring Club. One of the main attractions is, without a doubt, the fortress which belonged to the Malatesta family. This imposing building lies on one of highest hills of the Valconca area and from its top it is possible to enjoy a breathtaking view across the valley which stretches until the coast. Its strategic position is why this city was chosen by many throughout the centuries for their settlements, as several finds witness.

The village probably owes its name to the fact that the area was densely populated by deer in the past.
As in all villages of the Marecchia Valley and Conca valley even here we find a medieval castle where Sigismondo Pandolfo Malatesta build of underground walkways, recently discovered, to be used as an escape route during sieges. 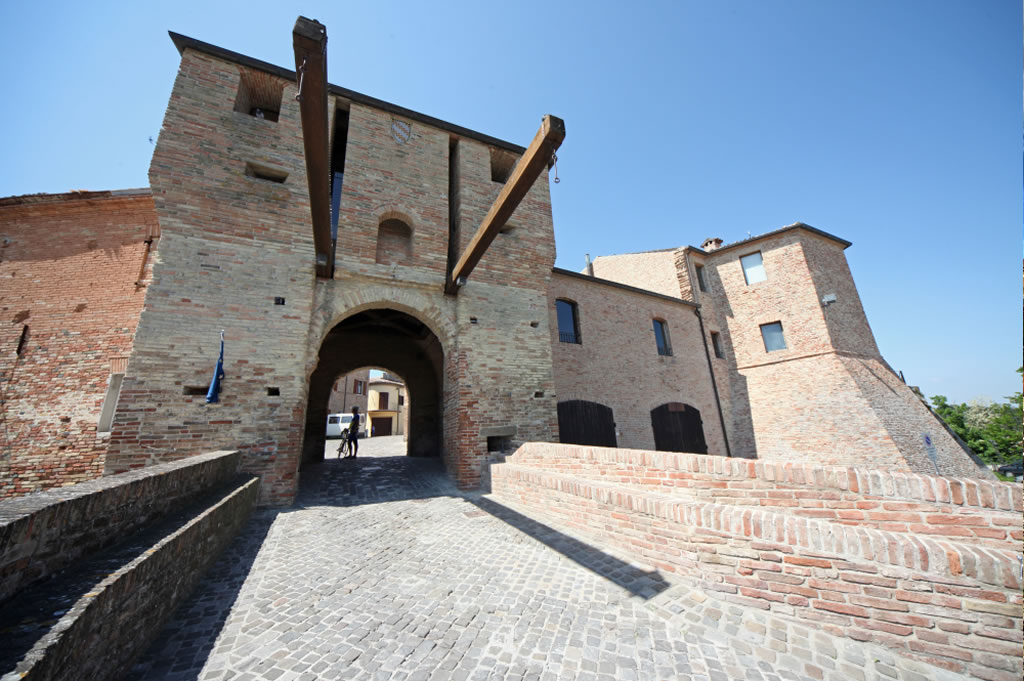 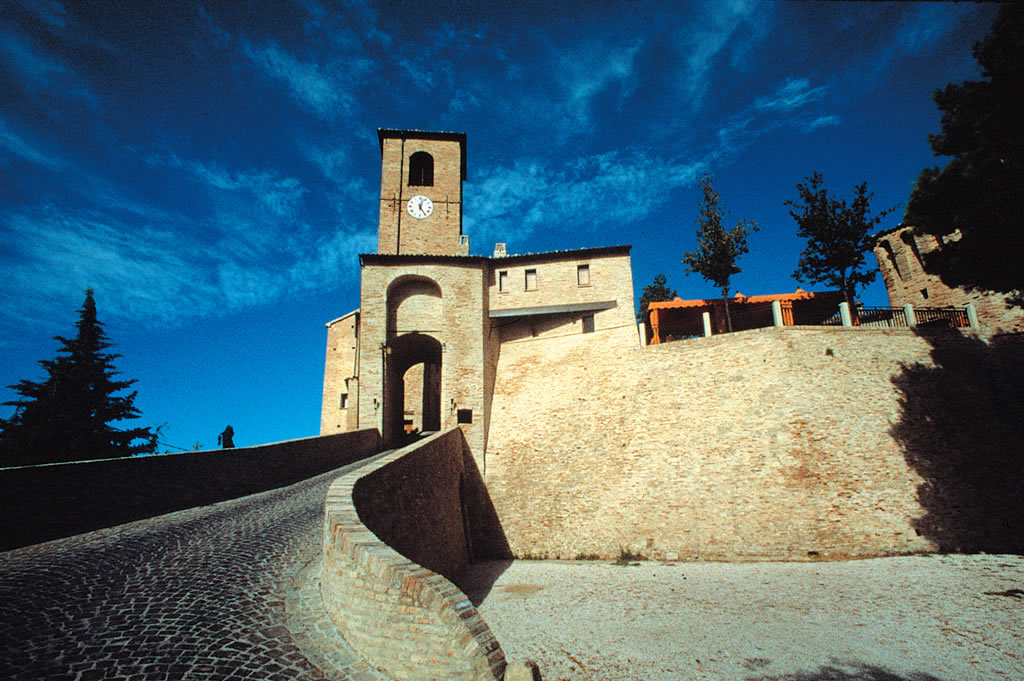 This delightful village, which lies on the border between Romagna and Marche, is surrounded by high walls and the only access route is the sixteenth-century door. Inside is the Malatesta Castle dating from the fourteenth century is today the Town Hall.
Recent renovations have made it one of the best preserved medieval towns of this region, and especially for those who visit you have the feeling of being in an open-air museum. A strongly suggestive religious event is the procession the Passion of Christ on Good Friday with about a hundred people in period costume.

The Republic of San Marino is well-known for being the oldest Republic in Europe and it is a truly independent state within the Italian border , 15 kilometers far from Rimini.
Its fascinating city centre and Mount Titano have been included in UNESCO World Heritage Site list. 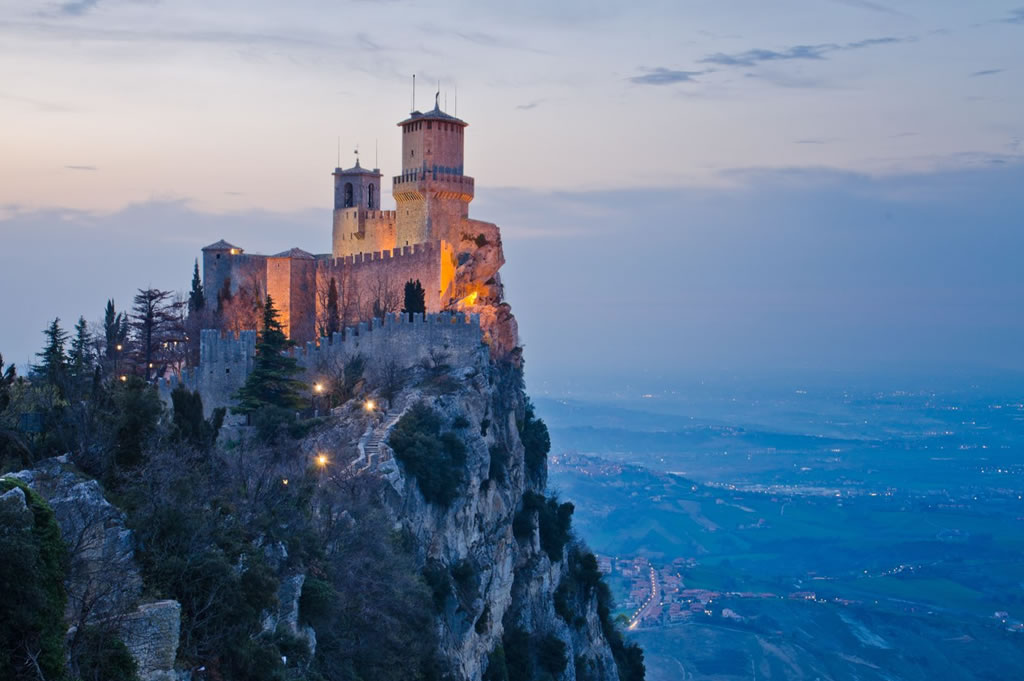 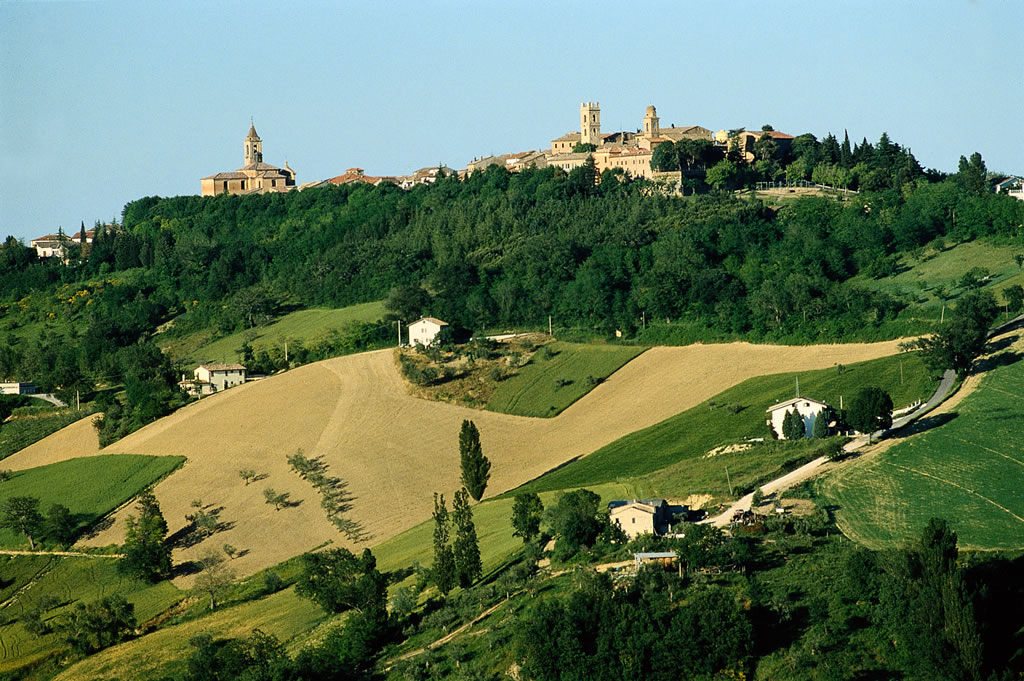 Saludecio can be reached by climbing up the Valconca and while entering through the ancient door, visitors bump into a city centre rich in palaces and sacred building dating back to various époques. The Roman domination and the Medieval Era are both witnessed, together with the presence of the Malatesta family, which ruled throughout three centuries, starting from the XII century A.D. During this thriving period, the town was renovated and gained a medieval asset composed by narrow streets surrounded by the city walls. Saludecio ended under the rule of Federico da Montefeltro who, after a while, trusted the Papal State with the city itself.

This wonderful town dates back to the pre-Roman Era. The tale tells that in 600 A.D part of the rock of mount Ercole broke from the rest and a church dedicated to Sant’Agata was built on it. 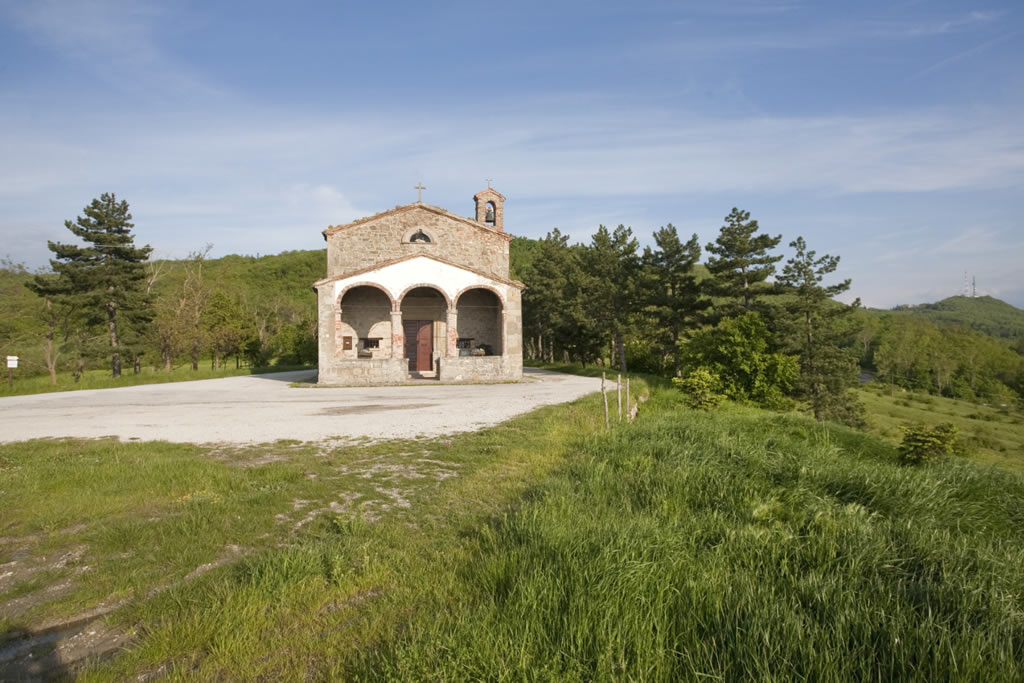 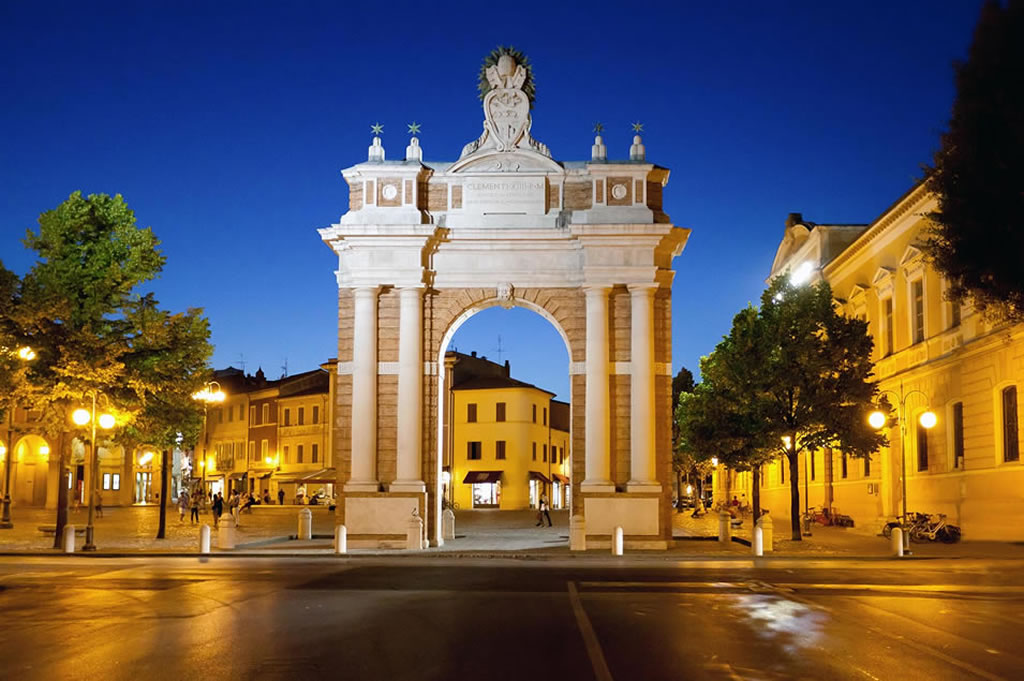 The city centre of Santarcangelo can be identified as the whole Ganganelli Square which is dedicated to the Pope Clemente XIV Ganganelli, elected as Pope in 1769. Furthermore, the triumphant arc which gives access to the square was built in his honor as well. Throughout the years, a plenty of cozy restaurants has risen along the cobbled streets of the city centre, making this picturesque hamlet extremely lively. Every year several festivals are held there in order to keep the local culture, tradition and history alive. The most famous are “Balconi Fioriti” which takes place in May, “Festival del Teatro in Piazza” in July, “Calici di Stelle” in August, together with some of the oldest festivals such as the “Fiera di San Michele” in September or the “Fiera di San Martino” in November.